Feeling_at_home on the road is a rare thing.  We have certainly grown accustomed to the rhythm of riding and camping that we established since Alaska.  This is the life of a traveler, however, and it makes us thankful for spending time with a new family when we get the chance.  In Trujillo, the great northern coastal city of Peru, we were blessed with some time to rest with a new kind of family: the Casa de Ciclistas.

Founded more than thirty years ago, the Casa de Ciclistas of Trujillo is one of the cycling world’s best-kept secrets.  Nestled just outside the Avenida España in Trujillo, it is a hostel for bicycle adventurers of all shapes, sizes, ages, genders, and adventures.  Come as you are and stay as you are for free.  Since its founding, over 2,000 cyclists have walked through its doors and rested here for a night or a few days; once many encounter the splendid comfort and community here, they are tempted to stay for weeks.  Lucho D’Angelo and his family take care of the Casa and the cyclists that pass through it.  Lucho, a famous Peruvian bicycle racer, was invited to the 2000 Tour de France as a guest of honor and is known the world over by bicyclists for his decades-long work at Trujillo’s Casa de Ciclistas.

"The time is not important"

In the course of the past few days, we have met a remarkable Englishwoman named Judy who has bicycled from England to China and is now finishing her second Alaskan-Argentinan leg in July.  She is riding alone, tough as nails, and some of the best lunch company that one could ever ask for.  We have met another Italian named Matias who is taking an extended tour of the Americas for over four years; the duration of his travels perhaps explains the 70 kilos of gear that he is carrying on his bicycle; we suspect that his Italian supermodel girlfriend is hidden somewhere in the rear panniers. 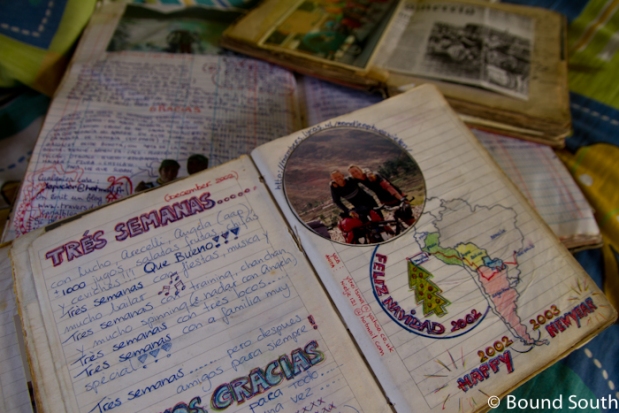 Journal entries from other touring cyclists dated back to the 1980s.

Stories, photos, and so much more filled the journals - a true treasure.

I volunteered here in Trujillo two years ago as a volunteer teacher in a barrio outside the city called Delicias.  This time in Trujillo was a wonderful homecoming to me; many things have changed in this city in that short time, but the good things are the same.  The sparkling central Plaza de Armas, the spotless colonial architecture, the narrow streets of the Centro and Pizarro and the countless bakeries with the best tres leches we have had since leaving Alaska…all of it was as it was for me two years ago.  This was home for me then, and now for us for a few days as well. 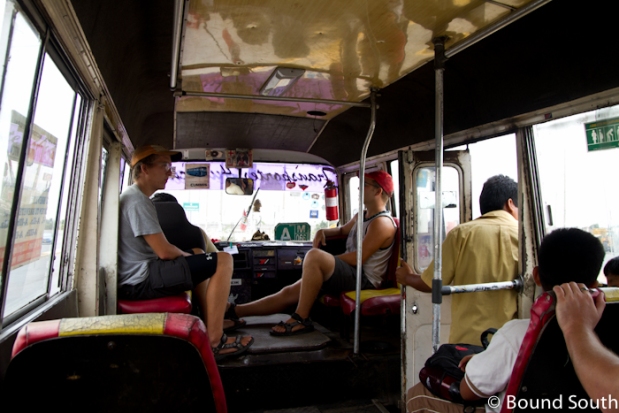 Our ride to the beach

We rolled in on our bicycles to little local fanfare, except for the usual shouts of gringo that emanate from every corner of the Peruvian towns and cities that we ride by.  We leave to the same chorus, a reminder that we are full-time travelers and students and strangers of the places and peoples that we visit along the way to Argentina.  But when we’re lucky, even gringos get to feel at home for a while.