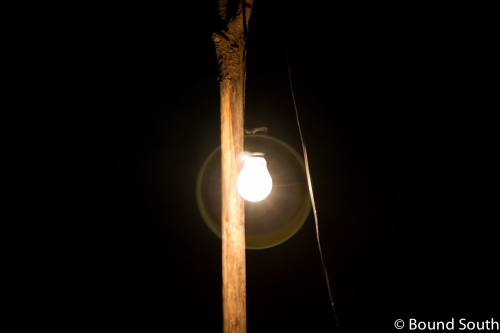 The_beauty_of a bicycle is also its vulnerability.  The beauty is that uncanny resemblance to flight, the nirvana of a smooth ride on an open road with the power of the human body and nothing more.  The bicycle’s humanity is its vulnerability to the frailty of the body and legs.  We are always at the mercy of winds and storms and the metal cages that whir past us every day.  Ghosts in a tired shell, our bodies need rest but sometimes even that isn’t enough.  The engine of the body breaks.  Back in Oregon I reflected that much of our mental space while riding is occupied by listening to our bodies.  Hunger, thirst, exhaustion, strength, health, and motivation all move across our minds as we ride.  We’ve been listening to the inputs since Alaska and one might think we’re experts at this point.  Hubris had me thinking I was an expert a few weeks ago.  There is no such thing, as the body is a fickle and complicated thing.  For the second time in the trip we’re battling engine failure: illness. 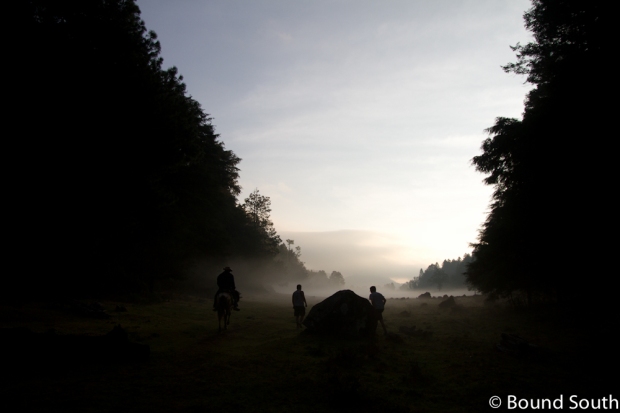 2000 vertical foot sunrise hike to see butterflies? Why not!

The first time was in Alaska.  Within a few days of leaving Anchorage, we were three rookies with a couple hundred miles in our legs and the Denali Highway and Alaska Range ahead of us.  Tendonitis appeared in my Achilles and in the knees of my brothers with terrific inflammation and pain during our rides.  We could have expected it considering how few miles we had on our touring bicycles before we left for Alaska.  Nathan clearly had the worst of it.  Outside of Tok, AK, the pain was so great that Nathan could barely crawl at 8mph and was unable to match our 80-mile-a-day pace.  Nathan rode in the back of a Californian’s RV to Whitehorse so that he could rest his knee and recover while David and I pressed on alone.  Without healing, Nathan could not continue, and I do not know what we would have done without him.  This was a very difficult time for us so early in our expedition.  We didn’t share our fears outside of our family.

Family pig takes a break in the pool from the afternoon sun.

After some extended rest with retired Catholic priests in Whitehorse, we pressed onwards through the Yukon.  Tendonitis disappeared.  We were tentatively thrilled with the miraculous recovery we experienced.  Nathan felt like he was riding gingerly for weeks, reveling in the pain-free riding but aware of how serious the condition would be if it returned.  We put all of that stress behind us once we reached the States and since then our bodies have felt like unstoppable, finely tuned riding machines.

We awoke before dawn to hike a mountain and see thousands of monarchs.

All it takes is a bout of illness to bring you back down to earth.  A head cold and ear infection derailed some of my more ambitious plans for the Central Highlands, costing us a few days of rest in Patzcuaro.  Now in Valle de Bravo, David and Nathan have encountered consecutive bouts of flu-like symptoms and food poisoning.  It has been an unfortunate distraction from the unforgettable memories of the Mexican Highlands.  This illness has no rhyme or reason, no apparent cause, nor any clear course of action.  All you can do it eat well and sleep and pray it is better tomorrow.  It is a powerful lesson in serenity.  Argentine winter is already beckoning to us as we hurtle towards the month of May.  We have a lot of hard miles ahead of us, especially in the high Andes.  Having lost nearly two weeks in the last month now to illness I fear for what else we may encounter between here and Ushuaia.  It is not in our hands in the end.  When we are well we will ride; this is all we can do, and it must be sufficient to cross these many small worlds leading to Argentina. 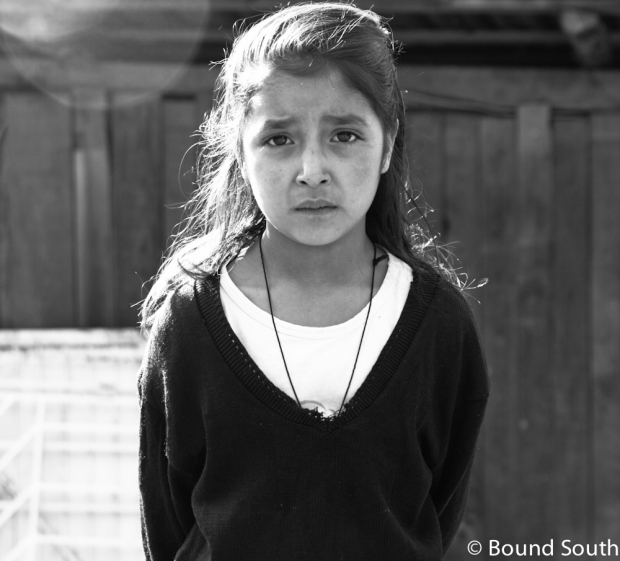