We_awoke_in_our tent to the gentle rocking of a cargo ferry with mainland Mexico and the port city of Mazatlan on the horizon.  Impossibly thick ropes soon flew from the ship to secure it to the numerous huge pylons anchored on shore.  Following dozens of big rigs and their sleepless drivers, many of whom had slept on the cold hallway floors of the ship the night before, we rode our bicycles off the ferry and into the gateway to mainland Mexico.  We stopped at an auto garage to ask for directions to the Malecon, the shorefront main street of many Mexican port cities where we were meeting a North Dakota connection.  After receiving directions and some words of caution, we were assured by the mechanic that Mazatlan was a “satanic jungle” and that he would pray for our safety as we traveled through.  Someone should put that on a billboard or something.

Mild confirmation bias is our saving grace.  It is certainly possible that Mazatlan was the most dangerous city we’ve seen yet in Mexico.  We’re not so sure.  Our hosts in the city did drive me by a restaurant that had been shot up by the local mob after it didn’t pay its protection money.  The traffic and people were far from menacing, though they may have been in more of a rush than those on the Baja.  We’ve received dire warnings from other Mexicans about Mazatlan, and when we got to Mazatlan we received dire warnings about the places we passed through to get there.  Were it not for a careful optimism on our parts, we would have never braved the border at Tijuana.  We continue to absorb as much information as we can, even if it does little to alter our route or our conscious optimism about the road ahead.  If Mom and Dad are reading this, don’t worry, we’ll totally consider hitch hiking or something if a Latin American civil war breaks out in 2012.

I miss home and our family a great deal, accustomed as I was to spending this season with them.  The New Year has us all reflecting on the past year, especially the way that countless families have taken us in and made us feel like one of their own.  The Catholic Diocese of Whitehorse, the Coopers of Coeur d’Alene, the Pfeiffers of Portland, the Samuels of Santa Monica, the Taylors of San Diego, and the Salazars of Guadalajara are just a few of these.  Thank you all for what you’ve done for us.

December has foreshadowed the rest of our journey in 2012.  We’ve climbed some tremendous mountains in Mexico’s western highlands, and we respect the toll that it takes on our bodies.  The Andes will only be bigger, more challenging, and more spectacular.  I’ve dealt with illness for the first time since leaving Anchorage.  A dreadful headache became a cold and ear infection; sadly, I’m still recovering and the illness has cost us some time and miles.  Rest and health can’t be compromised, and once I’m healthy we’ll be riding strong once again.

The human and geographical diversity of the mainland is incredible.  Megacities and rural farming villages and beautiful lakes and mountains rise up at every turn.  Most of North America, even the Baja, has been defined by the vast, empty natural landscapes between places.  This New World brims with life and a constant human presence.  Riding a few mornings ago beside Lake Chapala, we struggled up an impossibly steep cobblestone climb for seven kilometers.  Every turn had us greeting another farmer or laughing child or family with a breathless “Buenos Dias” and a smile through gritted teeth.  It’s almost as if we’ve been practicing piano in the family room since leaving Alaska, and finally we’ve reached our recital and constant audience in the new world of mainland Mexico.  Sometimes we’re self-conscious, but most of the time we’re smiling, inspired, and excited for our next opportunity to inspire a stranger’s day with our story.

Hemingway once recounted in a conversation with a friend, A.E. Hotchner, that “If you are lucky enough to have lived in Paris as a young man, then wherever you go for the rest of your life it stays with you, for Paris is a moveable feast.”  If there ever was a moveable feast, it is this bicycle expedition.  The sights and smells and sensations will linger and move with me long after we reach Ushuaia in Argentine winter.  In the meantime, I hope that you all find richness and love and a moveable feast of your own in 2012. 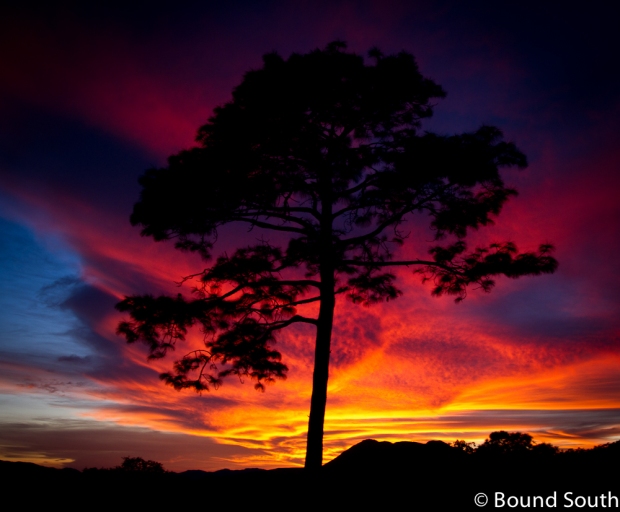