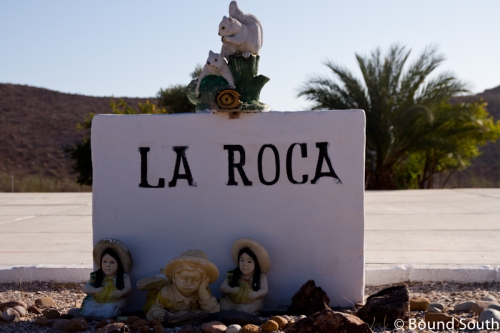 We_met_Daniel in Las Palomes, a desert oasis in the Baja.  While chowing down on our peanut butter and jelly tortillas, he walked up to us, bags of crab in hand, hoping to make a sale.  We declined his product, but he persisted.  He spoke some English, so it was a good opportunity for both parties to practice each other’s language.  After explaining our background, cause, and plans for the Baja, he became ecstatic.  We had been planning to rest in Santa Rosalia, and he had just the right place for us to stay: La Roca, or The Rock in English.

Volcano in the distance

Two days later, after climbing between massive volcanoes, we descended into Santa Rosalia, a vibrant city nestled alongside the Sea of Cortez.  We knew that La Roca existed and that it was a Christian center, which proved to be enough.  Directions to La Roca led us to the outskirts of town, where we found solitude in the desert, fellowship among brothers, and a rock to rest upon.

The descent from volcano to sea

La Roca is a Christian Rehabilitation Center.  It is where men of all ages seek a second chance, new direction, and a place to call home.  Admitted men spend three months at the center performing manual labor and reflections, while also reading the Bible and relevant guidebooks.  They attend church twice a week, once at the center and again in the city.  We arrived just before the church service in the city.

This metal church in Santa Rosalia was designed by Gustave Eiffel, the Eiffel Tower's architect

Before long, we were crowded into a minivan headed for the city with three twenty-something’s.  Sitting three across on both front and rear bench seats, we made introductions.  They struck us as an edgy, fun and purposeful group of guys.  Though they spoke little English, we immediately found camaraderie with them.  Language barriers ceased to exist.  It was refreshing.

The service was unusual for us (or maybe bizarre by our Lutheran standards). Hours of contemporary Spanish songs and booming sermons filled our ears.  Plus, a majority of the service was spent standing. Add a long day of riding (and our early bedtime) and you have three exhausted gringos.  We survived, and soon returned to La Roca, where we were introduced to our sleeping quarters.

These two boys walked cheerfully up and down this hill endlessly.

Like so many summers at Park River Bible Camp, the early bird gets the worm, or in this case, the bottom bunk.  As latecomers we had the privilege to sleep in a three creaky top bunks in the bunkhouse with the men from the camp.  Snores abound with ten men in tight quarters, but that was no matter for a few weary cyclists.  We were sound asleep in no time. 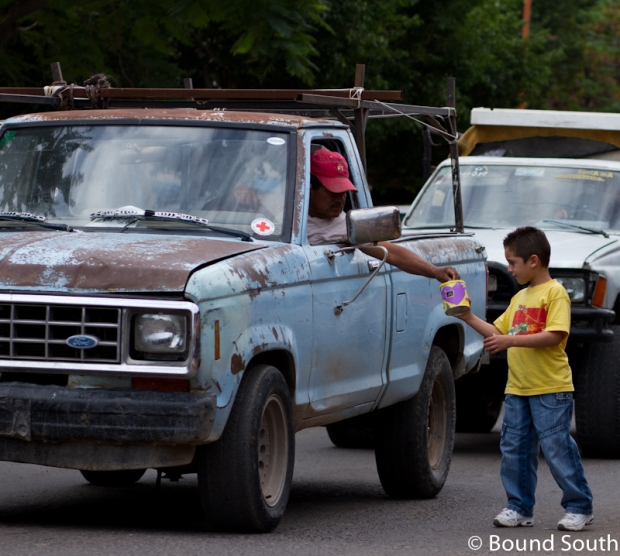 The next day brought forth a delicious group breakfast, chores around the center, and a trip to Santa Rosalia, where we walked the town and found a restaurant with Wi-Fi.  I discovered an ardor for street photography and spent a large part of the day talking with locals and capturing life in the city (I chanced upon Daniel again, too!). That night we had one more meal with La Roca.  Crowded around two gigantic rectangular pizzas and a tub of warm milk tea, we enjoyed laughter and conversation.  Desert serenity and strong fellowship permeated the air.  Moments like this filled our time at La Roca.

As we prepared to leave, the pastor told us we would always be welcome.  I often reflect on experiences like this and find excitement in the thought of return.  Like so many other experiences on this adventure, we found a place like home in a strange land, and for that I am thankful. 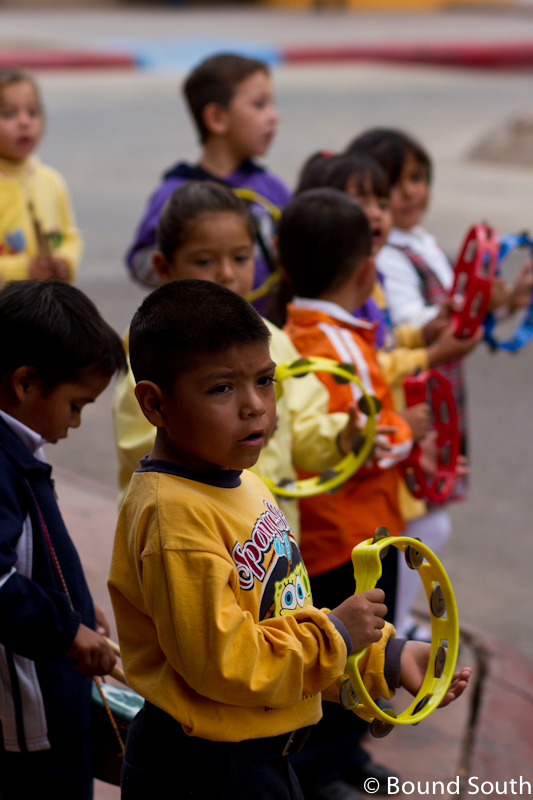