Denali_means_“the high one” in the Alaskan native Athabascan tongue. It refers to Mt. McKinley, the massive peak that tops the Alaska Range in Denali National Park. It is a very fitting name for the Denali Highway, due to its impressive views of the Alaskan wilderness.

Alaska is massive. It’s more than twice the size of Texas and compared to the lower 48, it dwarfs the entire Midwest region (here’s a picture for scale). In addition, the U.S. federal government owns and manages 65% of the state as public land. This means more than half the state is comprised of national parks, forests, and wildlife refuges. Believe me, it’s enormous.

We are currently into our second week of riding and we have seen a lot. In relation to the state as a whole, however, we have seen very little. Over the past few days, I’ve begun to comprehend Alaska’s vastness and its seemingly boundless grandeur. Traveling along the Denali Highway, we experienced a small and magnificent part of Alaska’s beauty. We caught glimpses of glaciated mountain ranges and entirely new snowcapped peaks as the old faded from our view behind us. What baffles me still is that we’ve seen only a glimpse of all that is out there. As many Alaskans will tell you, Alaska may truly be “the last frontier” and that is what calls me back to return one day. 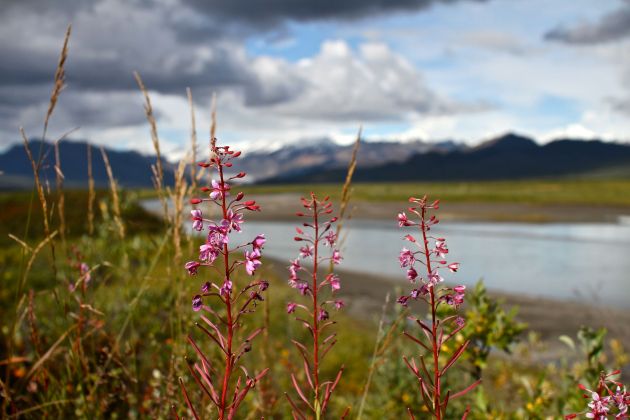 Washboard gravel on the Denali Highway

A majority of the “highway” is gravel. You would think three farmer’s sons from North Dakota would be well accustomed to gravel roads, right? Well, with tractors and pickups, yes. With bikes, maybe not so much. At first, the gravel was manageable. It was well kept and smooth. Later on the road became increasingly extreme alongside the challenging terrain. Large rocks, potholes, mud, and “washboard” gravel soon covered the road as we climbed up and down the mountain passes of the Denali Highway. It was exhausting, both physically and mentally. With no suspension, we feel everything. On top of that, it takes an enormous amount of focus to plot a line down the road and navigate where you think it’s smoothest. Like I said earlier, it was exhausting, so we would rest often.

Finding a spot to rest wasn’t hard. Resisting the urge to snap photos every hundred yards was (sorry bros). We had the road to ourselves, so if we needed to refuel or refill water bottles, we would stop and sit along the roadside or down by a creek (we came across them often). Between meals on the road, which normally consist of bagels with peanut butter and honey, jerky, and cookies, we would occasionally snack on candy bars and trail mix. 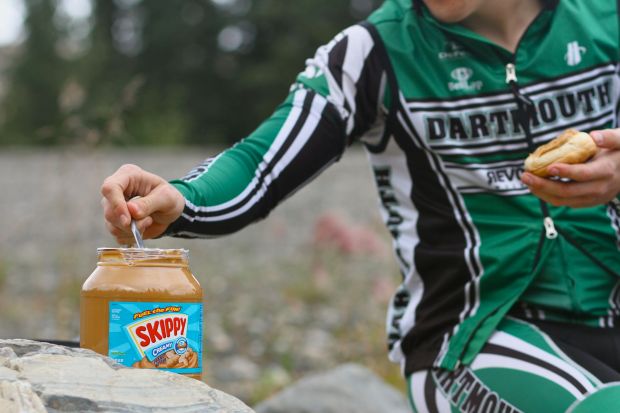 We would also snack on blueberries, or rather gorge ourselves with them. Blueberries were so thick in spots, it was hard to stop. It’s prime blueberry season according to the locals, and we aren’t complaining.

The ride so far has been challenging. Long, cold, and sometimes wet days have come and gone. We’re meeting new people every day; with towns few and far between, you would be surprised at the number of kind, generous, and encouraging people we meet each day. I’m thankful for the journey thus far and I look forward to each new day.

Here’s a video from our last morning on the Denali Highway. Fighting the gnats, we attempt to recount our time on the highway.